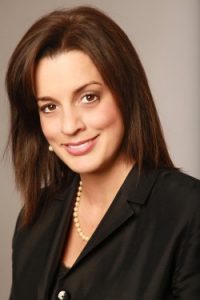 Riley, who has two decades of financial leadership and strategy experience, comes to PointeNorth as the agency ramps up M&A activity. Her hire comes a month after PointeNorth acquired Dillon Insurance Services.

Riley has strategic-development experience with local governments, startups, nonprofits such as American Diabetes Association and Fortune 500 companies such as The Home Depot. Most recently, Riley served as a director of Finance, Administration and Development at Method Holdings, an Atlanta-based financial-services company, where she led finance functions including highly-regulated reporting to agencies such as the SEC.

“Hiring Pam will allow us to go down a more aggressive M&A path,” Skeeles said. “She’s also overseeing accounting activities, which is becoming more complex as we grow organically and through acquisitions and partnerships.”

At Method Holdings, some of Riley’s key duties included attaining lending for acquisitions. Prior to this role, she was the director of Strategy and Performance Management of Public Health with Cobb and Douglass counties.

She also served six years as manager of Strategic Financial Analysis at The Home Depot, where, among other tasks, she assessed M&A targets’ financial performance, addressing consolidation impacts.

Riley will be the agency’s first dedicated CFO.

“PointeNorth is a great opportunity,” Riley said. “Bill and I are perfectly in-line strategy-wise. PointeNorth’s size is also perfect – lean but with plenty of room for growth and capacity. I look forward to adding strategic value as PointeNorth addresses new market opportunities.”

PointeNorth serves more than 49,000 households and businesses nationwide after its January acquisition of Dillon Insurance Services.